The GoPro Hero 3+ Black Edition is the sequel to GoPro Hero 3 and which was a market leader on its own.

It appears too soon for an upgrade, given its name, which suggests that it is just a tweak rather than a new version.

That aside, it still has lots of improvements over its predecessor (Hero 3) that make it look like a new version.

The following is a complete review of the GoPro HERO3+ Black Edition.

Are you looking for prices and ready to order one now?

Click here for best prices in US and Canada (Amazon)

For Australian customers, click here for prices and availability 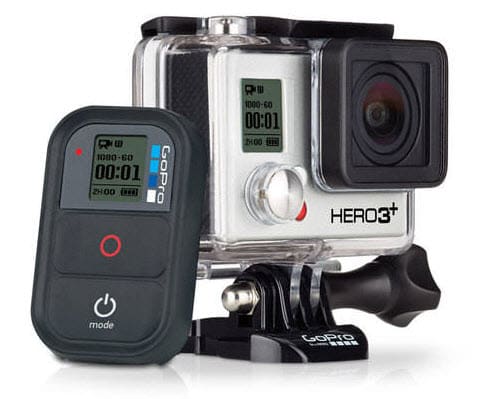 The core specifications of GoPro Hero 3 + Black Edition is essentially the same as that of Hero, and this is the reason it is not called Hero 4.

However, it has a new feature of SuperView, and this is available for shooting 720p or 1080p footage.

This feature offers a wider angle compared to the regular setting.

In essence, this avoids the fisheye distortion that had to be corrected with software. When compared with a footage shot from Hero 3 Black Edition, the distortion level is noticeably better.

There is a big jump in image quality when compared to its predecessor.

This is down to its improved lens, which, according to Gopro, is 30 per cent sharper. The difference is just too noticeable. In fact, when you upload a video footage, the first thing you will notice is the sharpness of image.

There has been an improvement in battery life by roughly 30 per cent. The camera can let you shoot for 2 continuous hours if you have disabled Wi-Fi.but if you use higher frame rate models, this is likely to diminish considerably.

Also, expect this duration to become even less if you turn the Wi-Fi on, and it will even reduce further if you use LCD screen or GoPro app. However, despite the configuration that you choose to use, you are guaranteed of getting at least one hour.

Strong wind reduction nosie. The GoPro Hero 3 + Black Edition has improved compared to its predecessor when it comes to mitigating the noise from wind.

This is even if you’re travelling at high speeds with the camera mounted externally, like on the side of your drift car, or on your helmet when cruising down the mountain on your snowboard or mountain bike. 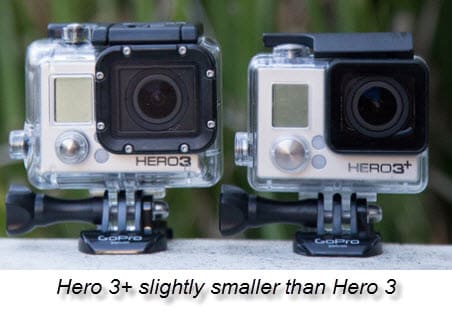 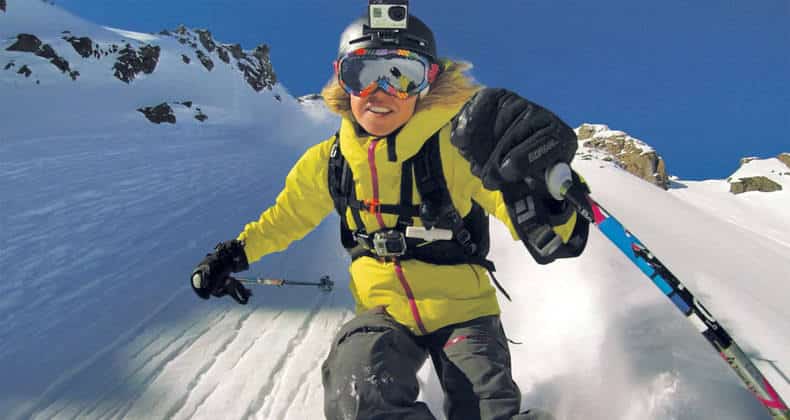 Conclusion – Should You Get It?

Most definitely. The upgrades that Hero 3+ brings make it sound like a new version and are definitely worth the extra cost.

It is not just lighter and smaller but its footage looks a lot better and also sounds much better.

I would definitely vouch for it. It is much more improved and performs a lot better. You can buy with confidence that you’re investing in the top of the line camera.

Although it is a very new release, customers are giving the GoPro Hero 3+ positive reviews, as can be expected from the leading helmet camera manufacturer on the market.

Since GoPro is the leader in the Helmet camera industry, and this is their latest release with all the latest features and highest specs of any camera they’ve released yet, the price is moderately priced so as everyone looking to buy a GoPro Hero 3+ camera can afford it.

>> Click here for best prices in US and Canada (Amazon)

>> For Australian customers, click here for prices and availability

Thanks for checking out this review of the new GoPro Hero3+ Black edition. If you decide to buy, don’t forget to grab your accessories like an extra battery, mounts and cases, perhaps even grab 2 cameras so you and your friend can have fun together.