Best Place to Buy a Drift HD in Australia

GoPro HERO 2 Review – Just How Much Better Is It? 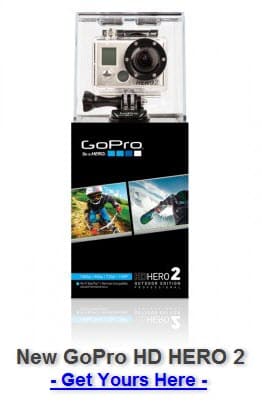 My GoPro HD Hero 2 Review – The ‘Best’ Just Got Better

The GoPro Hero 2 may look and feel like its earlier version, but is it any better than the former model? After a little bit of research it is clear that, yes, major improvements have been packed into its small, rugged body. I’ll explain in detail about all of these improvements in this review.

Like all quality action cameras, the GoPro HD Hero 2 was designed with extreme sports in mind, so don’t be bothered if you see pictures of this camera in dirty shape when searching for pics or looking for a GoPro Hero 2 review online. It’s supposed to endure rough environment and heavy use while producing high quality HD video in a numerous array of filming options.

If you’re thinking of upgrading from the original GoPro HD Hero or buying an action camera for the first time, read this GoPro Hero 2 review before you buy because it just may help you to see if it’s worth your money or not. It is close to perfect and suitable for all levels of action camera enthusiasts but you might be surprised at what it does and doesn’t deliver.

The GoPro Hero 2 is available in three editions, each with its own accessory bundles.

All three are packaged in a small, black box. Each edition does not come with an SD card included. 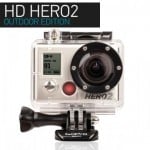 If you go with the Outdoor Edition Professional Kit, there’s an additional Suction Cup included for mounting on a vehicle.

The great thing about GoPro is that the release of its second version wasn’t just about business. The company listened to its customers and developed an improved version of the original GoPro Hero, mainly focusing on the shortcomings of its original unit in terms of color reproduction and low-light sensitivity.

The new features include:

As you can see, there are a TON of improvements made to the new GoPro HD HERO 2 that makes the former GoPro Hero look like an amateur kids toy. You could almost call this the most advanced “super” action camera on the market, especially when you consider all the optional attachments that are available.

The Good And The Bad (Pros and Cons)

Of course, regardless of how awesome the cam is advertised to be, you should still check out the pros and cons, which any good GoPro Hero 2 review should have. Here are some features to look forward to, and shortcomings you might face once you decide to buy the Hero 2:

Most cameras in the same level as the Hero 2 require SD cards which you have to buy separately. They can be expensive and easy to misplace but there isn’t really any way to get around this as all cameras need some sort of memory card or space to store data. It would be nice if the camera came with a SD card so you don’t have to worry about getting one and spending more.

The camera itself is as rugged as it can be, so feel free to test it while skiing, mountain climbing, and other extreme sports you like. The camera also has an anti-shake feature, canceling out vibration from vehicles and the user’s movements when surfing or skiing. If worse comes to worse, you can try to get a replacement camera as GoPro offers a 12 month warranty on all their cameras.

The angle of view options in different modes make sure nothing is missed out of frame. The super-slow mo option allows you to shoot at 120 frames per second, but lets you watch it in slow motion. The earlier version can also do this, but with only 60 frames a second max. Another praised feature is the timelapse, which allows users to take pictures at 0.5 seconds intervals.

Unfortunately, since GoPro Hero 2 still shoots in 1080p like the previous generations, there isn’t much difference when it comes to resolution except for the additional POV modes. The cam doesn’t include an LCD viewfinder, but to solve your problem of being unable to see your field of view, you can buy an LCD Bacpac accessory.

The changes to GoPro’s user interface can be a pro or con depending on personal taste. While many people praise the straightforward menu and love the idea of using only two buttons to shoot and record, others find the user interface limited.

The GoPro Hero 2 still has problems with low light. However, when compared to the original version, the quality of low-light images has dramatically improved. Same goes with recording footage in darker areas, but you’ll find varying noise levels with different lighting.

How Good Is The Video Quality?

It’s hard to show you how good or bad the quality of the video is using words, so here’s a video for you to see for yourself. Of course, this is a ‘promo’ video so it’s meant to make it look good, but you can get a gist of the kind of quality the new GoPro 2 is capable of.

What’s The Price Of The GoPro Hero 2 Camera?

The GoPro Hero 2 Outdoor Edition, Motorsports Edition and Surf Edition are all available for a reasonable US$299.99.

The Wi-Fi BacPac™ + Wi-Fi Remote Combo Kit won’t be available until February 2012. Additional mounting accessories are available, which range from $7.99 for the tripod mount, to $39.99 for the chest mount harness and HD Hero wrist housing.

This camera has a lot of potential to be the best action camera on the market with the optional ‘extras’ but it can start to get expensive when you add up the cost of all those extras. However, this an be seen as a good thing as you can pick and choose and pay for only those accessories that you want, unlike some other cameras where you get them and pay extra for them regardless of whether you use them or not.

In that case, you could say it’s worth the price. The original GoPro HD HERO is still a good camera but if you want more features, flexibility, optional accessories, and the other major improvements of the GoPro Hero 2, then this one is the only way to go.

For more info, you can read my page about where to buy a GoPro 2 in Australia.

Thanks for taking the time to read my GoPro Hero 2 review. I know you (or your boyfriend, child, friend, husband etc.) will love it if you decide to buy it. It’s packed with everything you could ever want in an action camera so you won’t ever need to buy another one… well, not until the GoPro 3 comes out 🙂