Ever wake up and feel like riding a snowmobile off a ski jump?

This guy did, a professional snowmobile rider named Daniel Bodin.

Looks like much of the video was filmed with a helmet camera.. Gopro? Perhaps.. anyway this video is short and sweet, but gets you pumped if you’re an adrenalin junkie.

Going by the almost regular release cycle of GoPros, around 12 months, the public is eagerly awaiting the release of GoPro Hero 4.

The excitement is because of two primary reasons: first, there is likely to be a further drop in the price of GoPro 3, and second, the GoPro Hero 4 is expected to pack extra features in addition to updating their hardware.

END_OF_DOCUMENT_TOKEN_TO_BE_REPLACED 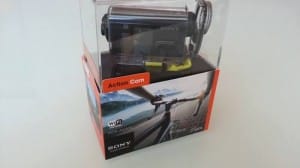 Sony has three Action Cams in its lineup, ranging from the simple low priced camera, to feature-packed high price tag. Today I’ll be reviewing Sony’s latest and ‘top of the line’ action camera model that has all the bells and whistles, the Sony HDR-AS30V.

Some are calling it better than the GoPro 3+ black edition… and with the lower price tag, it’s a very  tempting option.

Let’s take a look at some specifics in this Sony Action Cam review and see how it holds up against it’s older models and the competitors such as Gopro, Contour and Drift.

END_OF_DOCUMENT_TOKEN_TO_BE_REPLACED

Toshiba is now getting into the action camera market. The Toshiba Camileo x- sports helmet camera packs all goods to make it a competitive camera in the high-competition field. 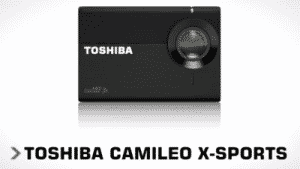 It looks like a black Gopro and has similar features and specs so just what is different about it and how is it any different to the others in the action camera marketplace?

This review will point out the pros, cons and full details about this slick new helmet camera from Toshiba.

END_OF_DOCUMENT_TOKEN_TO_BE_REPLACED

2014 started out with an amazing range of action cameras. They’ve become a must-have accessory for extreme sport enthusiasts who love to record themselves and friends in the action.

What are the best action cameras of 2014 to purchase this year? Find out the top 4 and what they have to offer in this showcase.

END_OF_DOCUMENT_TOKEN_TO_BE_REPLACED

The GoPro Hero 3+ Black Edition is the sequel to GoPro Hero 3 and which was a market leader on its own.

It appears too soon for an upgrade, given its name, which suggests that it is just a tweak rather than a new version.

That aside, it still has lots of improvements over its predecessor (Hero 3) that make it look like a new version.

The following is a complete review of the GoPro HERO3+ Black Edition.
END_OF_DOCUMENT_TOKEN_TO_BE_REPLACED 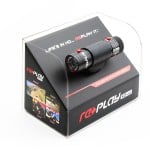 The Replay XD1080 Camera is the world’s most compact and lightweight full HD video camera available to buy and is the perfect product for taking action shots in extreme conditions.

The camera is super resilient to all weather conditions and can endure any rough treatment you give it. Combine that with the high quality audio and video and you have a very competitive action camera.

The following is my review of the small Replay XD 1080 helmet camera.

END_OF_DOCUMENT_TOKEN_TO_BE_REPLACED

Find the best prices and availability near you using the link below.

Check Out Latest Prices From Amazon (US and Canada residents)

END_OF_DOCUMENT_TOKEN_TO_BE_REPLACED

Base Jumping From 300 Meters At Menara Kuala Lumpur

We’re into anything that pumps adrenaline here at Drift Cam.

Check out this rad video from a Turbolenza Base jumping team event held in 2012 at Menara Kuala Lumpur.

Mad fun and what a great location.

Base jumping is one of the extreme sports you want to capture on video and with all the helmet cameras on the market, you’d be missing out not having a GoPro or a Drift or Contour camera to catch the experience.

Oh yeah, Merry Christmas and a Happy New Year! Stay safe and all that!
– Drift Cam

Lego Powered Hot Rod – How Does It Work?

If you’re wondering if the LEGO powered car you’ve seen videos of on Youtube and Facebook really does drive, then yes it does drive and the engine is made of Lego and runs on air.

Air? WTF? How does a plastic engine made of lego run on air and push a full-size car? you ask?

I’m no engineer but I know if you get enough small engine ‘air-pumps’ together and get the gearing right, they can create enough force to turn some wheels.

This is “A car made of Lego, that drives, has an engine made from Lego which runs on air. (wheels and some load bearing elements are non-Lego)

It is the brainchild of Melbourne entrepreneur and marketing guy Steve Sammartino and Raul Oaida, a 20-year-old self-taught technology genius from Romania who Steve met on the internet.

How much did this project cost?

The whole was project crowd funded which Steve was able to manage with a single Tweet:

Anyone interested in investing $500-$1000 in a project which is awesome & a world first tweet me. Need about 20 participants… #startup

To learn more about this vehicle and the Australian guys behind it, go to Awesome Micro Project.

What do you reckon about this project? Waste of time and money?

Or is it the coolest Lego toy to come out of Romania?